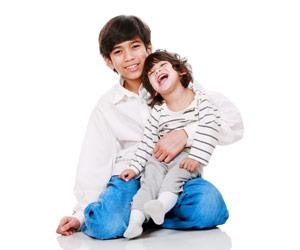 Cerebral Palsy is a malformation or abnormal development of the brain, or damage to a developing brain that may happen before, during, or even after the birth of a baby. It is a chronic disability that is characterized by an abnormal control of posture and general movement. As a result of brain damage, it can affect children in different ways. Some may have just minor problems with fine motor skills like manipulating or grasping items with their hands, whereas others with severe cerebral palsy may have more significant muscle abnormalities involving all their limbs, seizures, mental retardation, and/or problems with speech, hearing, and vision.

According to the CDC, an average of 1 in 323 children in the United States has cerebral palsy (CP). The symptoms for each victim of CP vary, ranging from partial mobility to complete immobility, as well as the cognitive effects of brain damage that may occur before, during, or after birth.

The medical attendants sometimes make errors that can cause brain damage, or birth trauma, and cerebral palsy may result from those mistakes. If you are concerned that medical mistakes may have caused CP in your child, you will need help from the dedicated Chicago birth injury attorneys of Sexner Injury Lawyers LLC. Contact us at (312) 243-9922.

Although it was once assumed in the medical community that cerebral palsy was the result of oxygen deprivation during birth, it is now known that such anoxia or hypoxia accounts for a smaller number of CP cases than previously believed.

Acquired CP refers to cerebral palsy that is acquired more than a month after birth and is often caused by either: 1) an infection of the brain, such as encephalitis or meningitis; 2) a brain blood flow issue such as a brain bleed, stroke, cerebrovascular accident, blood clotting problem, malformed blood vessels, congenital heart defect or sickle cell disease; or 3) a brain injury from a fall, car accident, or child abuse.

Congenital CP refers to brain damage that occurs either before or during birth and results in cerebral palsy. The vast majority of CP is congenital.

Cerebral palsy is a disorder that affects motor coordination and the brain. There are three types of cerebral palsy:

There is no consensus on what causes cerebral palsy among doctors and surgeons. Although some believe that an infection from the mother is the cause, others link brain injuries sustained during delivery or after birth to the condition. Some of the symptoms of cerebral palsy include:

Cerebral palsy may be the result of a birth injury that disrupts brain development. A free examination of medical records can be undertaken to determine whether this appears to be the case. In such a circumstance, a medical malpractice lawsuit can be filed to help the child and family recover financial compensation to help deal with the extraordinary expenses that always seem to accompany such a medical condition.

Medical science believes that cerebral palsy is ultimately the result of one of the following conditions:

Although CP is caused by a brain malformation or injury, how that brain injury affects the baby’s intellectual and motor functioning varies from child to child. It depends greatly on the nature of the damage, when it occurred, and the extent of the brain injury. Although the presence of the following risk factors increases the probability of CP, they are by no means an indication that CP will occur. Some of those risk factors include:

It is sometimes difficult to determine the exact cause of cerebral palsy. But an experienced birth injury attorney, in conjunction with an expert medical professional, can closely review all available medical and hospital records to reach a conclusion about causation. This expert review is usually at no initial cost to the client. Afterwards, a lawsuit may be filed against the doctor or other responsible medical professional for damages. As children with CP often require a great deal of expensive treatment and care, money damages collected can help lift some of the financial burden from the family.

CP is often the result of unknown or unavoidable events; however, many cases are the direct result of medical malpractice, which might include:

By no means is this a complete list of known medical mistakes that might lead to cerebral palsy. There are many more, and every case is different. You owe it to yourself and your family to find out whether the cause of your loved one’s CP can be determined, and if so, whether it was caused (or could have been avoided) by your doctor.

Consult for Free with a Chicago CP Injury Attorney

Although your doctor may say that there is no clear cause for your loved one’s cerebral palsy, do not take this as the final word. At no cost to you, our experienced Chicago birth injury lawyers can review medical and birth records alongside expert medical professionals to help determine whether negligence or medical malpractice occurred. In such cases, our attorneys can help your family recover compensation to help ease the financial burden that usually accompanies such a serious lifelong condition. Millions have already been collected and there is never a fee unless we are successful on your behalf. Call for free advice and guidance at (312) 243-9922. Call now. Our phones are answered 24 hours a day.