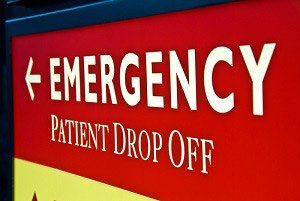 A visit to the hospital emergency room is seldom a choice. If a person is just feeling ill, or has the flu or a cold, he or she will typically schedule a doctor’s appointment or visit an Urgent Care Center. Urgent Care Centers are good places to go for people that don’t have a regular doctor or can’t get an appointment to see their doctor, but have less than life threatening conditions such as allergies, coughs, UTIs, colds, broken bones, or rashes. Although some people go to emergency rooms for less serious conditions such as these, the ER is, as the name suggests, really intended just for emergencies.

The Nature of Emergency Rooms

When a person schedules an office visit with their personal doctor, the nurse will check the office schedule and assign an appointment time. You may or may not be able to get in on the same day that you request. Sure, most doctors overbook their appointments and set multiple patients for the same time, so you may have to wait a while, but at least with a doctor’s office visit you know that you have a fixed appointment time.

Emergency rooms are completely different. There are no appointments and no set times. You might show up to an emergency room one day and get seen by a doctor immediately, while on another day you might spend many, many hours just sitting in the waiting room. Some days and some ER locations are almost always more crowded than others. On the 4th of July, the ERs are packed with patients who have injured themselves, severed fingers and suffered hearing loss from fireworks and explosives. On New Year’s Eve, Labor Day and other national holidays, emergency rooms see many patients with alcohol poisoning and drug overdoses. If the ER is in a college town, the same may happen on game day. If the emergency room is in a low-income neighborhood of a major city that is battling violence problems like Chicago, certain ERs may have a constant stream of shooting injuries, stabbing injuries and drug overdoses. Some ERs may have enhanced trauma facilities while others may not.

When you make an appointment at doctor’s office, you’ll also likely know which doctor you will be seeing, and if that doctor is unavailable, you’ll likely be acquainted with his or her associate. But in an emergency room, you not only get no choice of doctors, but the doctor you get will be anyone’s guess. It may be an experienced physician or it may be a newly minted doctor, wet behind the ears and fresh off the train from medical school. The doctor may have just started his or her day after a good night of rest, or the doctor may have been working many hours straight all night long and be barely awake. These are the realities of patient care in an emergency room. The stakes are so very high and yet, you never know what level of care you may receive.

Because the basic nature, structure and staffing of emergency rooms is so different than that of doctors’ offices and Urgent Care Facilities, the potential for medical malpractice is different (and greater) as well. Some of the most common reasons that ER malpractice happens include:

The medical problems, issues, diseases, conditions and illnesses that pass through the entrance doors of an emergency room are often no different than those that are handled in the main portion of the hospital. From minor injuries to the most serious diseases like cancer, at one time or another ER medical personnel will have been confronted with it. But due to the fast pace, high volume and high stakes of the emergency room, medical mistakes are often more likely to happen than otherwise. Emergency room mistakes may occur at any point during the process including:

During Admittance to ER

As with the filing of any medical malpractice lawsuit in Chicago or elsewhere in the state, certain requirements must be met and certain elements must be proven, which include:

Get Free Information from our ER Malpractice Team

For over 25 years, the Chicago medical malpractice attorneys of Sexner Injury Lawyers LLC have fought powerful medical insurance companies on behalf of our injured clients and won tremendous verdicts and settlements in the many millions of dollars. You’ll find our legal team to be easily reachable, highly experienced and compassionate. Call today for free and discuss your questions with no obligation 24 hours a day. We would like to help if you will allow us the opportunity. Our phone number is (312) 243-9922.