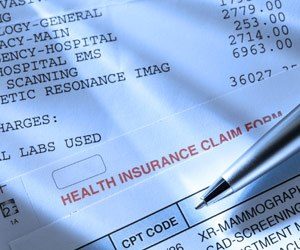 These specialized medical insurers, often referred to as professional liability insurance companies, are entirely different in nature than those typical automobile and home insurance companies that you may have had contact with in the past. And unlike a small accident claim, in order to prevail in a malpractice case, an experienced Chicago medical malpractice attorney is generally considered absolutely vital.

So who are these companies that insure doctors and hospitals? The names of these companies are not familiar names like State Farm, Allstate or Farmers Insurance. They don’t advertise on television or put ads in magazines that you would likely have the occasion to read. Some names include:

If most of these insurance company names are unfamiliar to you, it is for good reason. These professional liability insurers would prefer that you never learn who they are or how to contact them.

How Do I Find My Doctor’s or Hospital’s Insurance Company?

If you were in a car accident, chances are that the police were called to the scene of the accident and asked each driver for their insurance information. A written accident report was then prepared and for free or for a few dollars, such a document would then be available for the asking. On this paper, you would be able to quickly find the name and policy number of the other driver. Even if an officer was not called to the scene, the law in many states including Illinois requires the other driver to immediately disclose to you their insurance information. Simple.

What if you slipped and fell in the grocery store or tripped in someone’s home? Just telling the homeowner that you were injured or reporting the accident to the store manager would often be enough for the other party to contact their insurer. The insurer would then probably reach out to you in the hopes of settling the case (although most likely for a quick and low monetary figure). But at least you would probably learn of the insurer’s identity and could give that information to your attorney.

But what if you believed that a doctor, nurse or hospital had injured you or even worse, caused the death of a loved one? What if you called up that medical office and asked for the name of their insurer so that you could discuss the matter? The chances of the medical provider disclosing the name or contact information of their insurer to you would be incredibly small.

How Can a Medical Insurer Be Contacted?

Medical malpractice cases are entirely different from minor injury cases or car accident fender-benders in which the insurer may be willing to promptly and fairly reach a small settlement without the assistance of an attorney. These specialized insurance companies are simply not in the business of admitting liability or handing over money. And the negligent doctor or hospital would simply prefer that you never speak to their insurer in the first place. So they’re very unlikely to ever tell you the name of their insurance company. They are very concerned that you will make a claim and that their insurance rates will go up as a result. In short, they would like you to simply go away.

And in many, many cases, the professional liability insurer does in fact get their way. If an injured party attempts unsuccessfully to learn the name of the insurer, they usually get worn out and go away. That’s good for the doctor and that’s good for their insurance company.

But what happens if you do in fact find the contact information for the insurer? The chances of you being able to successfully negotiate a settlement without the help of an experienced medical malpractice attorney are very, very small. You see, the insurer is a business that makes more money for its stockholders the less money that it pays out. And the insurer is not driven by “what is right”, “what is fair” or “who was wronged” by the negligence of their insured medical provider. They are driven only by the fear that a judge or jury in court will later award you more than they ever expected or were willing to pay.

So What Drives the Insurer to Discuss Settlement?

If you are able to contact the insurer, will they fear that this will happen? Will they fear that you, yourself, will sue them successfully and that they should consider a settlement to avoid that possibility? Not at all. They know very well that the process of suing a medical provider in court is a very technical endeavor and that generally only an experienced medical malpractice attorney has the knowledge to succeed. They know that few regular citizens are able to navigate the process of a regular lawsuit, let alone a medical malpractice lawsuit which has even more requirements to file. So your words alone will instill no fear in the insurance company. As such, they will almost certainly offer you zero dollars.

But worse than that, you may seriously damage your case in the process. Knowing all along that they intend to offer you zero dollars, they will likely ask you for a written or recorded statement or for documents that are not in your best interest to provide. If you later are able to get an attorney to accept your case, you may find that these actions hurt your future chances for success.

Although direct negotiations with an insurer will sometimes yield an appropriate settlement for a minor fender-bender with little to no injuries, a medical malpractice insurer is as different as apples to oranges. Whereas a call or letter from a patient or patient’s family will generally yield no results and possibly harm the underlying case, a contact from an experienced med mal attorney will most certainly get their attention and provide the contact information for the medical insurer.

Experience and History of Positive Results Win the Day

You’ll notice that I mentioned “experienced attorney.” Insurance companies know which attorneys know what they’re doing and which do not. They know which attorneys just “shake the tree” to see if money falls out and then drop the case leaving their clients to fend for themselves, then go to the next “tree.” But they also know which attorneys have handled similar medical malpractice cases before, have collected millions of dollars for their deserving clients, and which have the resources and knowledge to see the case through to the finish – even if it takes years to do so. That’s what separates the “best from the rest.” Insurance companies know it and this is what wins the day in the end.

So call now and speak to our experienced medical malpractice legal team who have collected many millions of dollars for our clients and know how to best represent you as you seek justice. We are available 24 hours a day at (312) 243-9922. Call now.