Our young patient had been diagnosed with a cancerous tumor on her thyroid, and a relatively straight-forward surgery had been scheduled to remove her thyroid gland. Although this gland plays a large part in regulating various bodily functions, hormone replacement medication is readily available and often prescribed to allow a well-balanced life after such a surgery.

But in this case, when the surgeon operated to remove the thyroid, the thymus gland was mistakenly removed instead, for no good reason whatsoever. This gland, located in between the lungs and the sternum, is not typically removed from a patient because its main purpose is to assist with the creation of lymphocytes, which are the white blood cells tasked with fighting off illness via the immune system.

This medical error could have been discovered immediately if a biopsy had been performed on the gland once removed, but before the patient’s incision was closed. Such a biopsy would have quickly disclosed that no cancerous tumor was present in the thymus, and additional action could have been taken. But instead, the incision was closed, and yet another surgery was later required to remove the intended gland once the mistake was finally revealed. It had also been found that cancerous cells had spread to the parathyroid and lymph nodes requiring nodule testing and radiation treatment.

A lawsuit was filed on this matter in the Cook County Court System (which covers Chicago) and instead of waiting many years (as is typical) for a trial, it was referred for Court Mediation. A mediation was then held, and our attorneys were able to effectively persuade the mediator to recommend a very high dollar settlement for a medical error of this type, which was in the amount of $500,000.

Surgery is always a serious event. Whenever an incision is made or the human body is affected in some significant manner, there is always the potential for complications, ranging from the most minor to the most severe, including wrongful death. We rely upon our surgeons to exercise the greatest skills that they can summon when performing a surgical procedure and to take the greatest of care as experts in their field, as the difference between life and death often hangs in the balance. 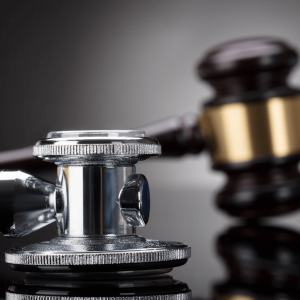 But not in the wildest dreams of most patients do they ever consider the possibility that a doctor will either operate on the wrong patient or on the wrong organ. Yet, these things do in fact, occur and they even have a name; they are referred to as “wrong site surgery”. Doctors have been known to perform complete operations on the entirely wrong person, often when those involved have identical or similar names. This danger is at least partially why patients have wrist bands to identify themselves, as patients are sometimes unconscious or unable to speak/identify themselves.

Other times, surgery such as this will take place with the correct patient but unfortunately, the wrong procedure will be performed or the wrong site will be affected. In the case of amputation or breast cancer surgery to just name two possibilities, it is often common hospital practice in Chicago and across the country to mark the affected portion of the body with a marker to make sure that no such medical mistake will take place. Although medical staff generally knows what is “left” and what is “right”, it is always better to be extra careful. Anytime a medical event happens that should absolutely never happen if proper care is taken, it is referred to as a Never Event.

In situations such as these, where a patient has been injured due to surgery which took place on the wrong organ or gland, an experienced medical malpractice attorney should be immediately consulted. Sexner Injury Lawyers LLC offers free, no-obligation information and guidance through a 24-hour live phone service and can be contacted right now at (312) 243-9922.